Out from the Shadows: Voice Talent

In a splendid piece over at gaming site Polygon, David Griner thoroughly explores one of the most under-appreciated jobs in the business: voice talent.  It brings up a fantastic question, why don’t video game actors get more recognition for their work?  Especially since games are one of the most demanding roles a voice actor can take:

“Video games are the most exhausting, challenging voice-overs you do,” says Taylor, who, in addition to her roles in Halo, also starred as beloved zombie slayer Zoey in 2008’s hit Left 4 Dead.  You do them for a very long time, much longer than other voice-overs. You have to be able to stand in a booth for four hours and yell. It is physically challenging. Most of the time, I’m saying things that I don’t understand. At a certain point, your brain starts to fry. They are the marathons of the voice acting world.”

I’m certainly guilty of neglecting to learn who voiced what in video games, even ones in which I really admired the voice acting.  Before today I couldn’t tell you a single actor involved in Bioshock, despite my high praise of the voice work in an earlier podcast.  Perhaps because without a common face to associate with different roles a voice actress plays, like stage or movie talent, it becomes more difficult to link individual people to our favorite characters.  Compounding that issue is the fact that professional voice actors have a staggering depth of range they can cover. Tara Strong, one of the more celebrated and prolific voice actresses in the field today, is responsible for roles as varied as Bubbles from the Powerpuff Girls, Raven from Teen Titans, and Harley Quinn from multiple Batman franchises, (let’s not forget Juliet Starling in Lollipop Chainsaw, which my colleague Corey has a few thoughts about here,) all of which I would have never been able to link to the same person without IMDb. 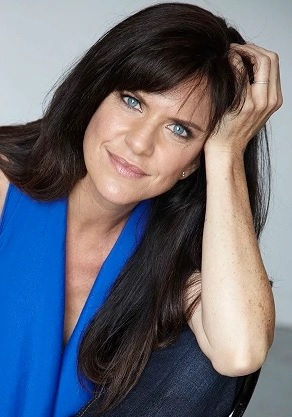 But not all voice talent are banished behind the veil of obscurity, save for a few niche devotees. The article details several, like Nolan North and Jennifer Hale, who are quickly gaining prominence in gaming culture here in the West, and Japan has long held their voice actresses in equal regard with their silver screen starlets.  Is it, then, just a change in mentality that is needed to draw voice talent from the shadows?  Certainly more recognition would grant them more bargaining power for better wages, but for that to happen there would first need to be a consorted effort from developers to push them out into the spotlight more often; to develop talent within the industry, like North, into recognizable names that could bring in devoted fans from his previous work.  That isn’t likely to happen without the consumers showing some demand for it, and as things are now, most of us just aren’t accustomed to caring.